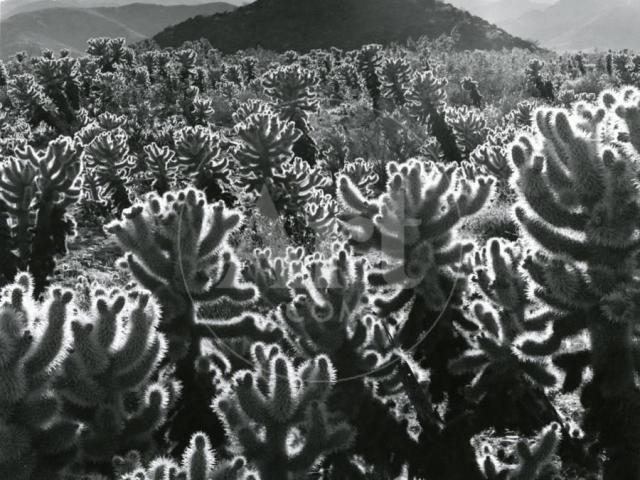 In today’s gospel, Jesus is traveling to Jerusalem, and has been for a few days, when a group of lepers approaches him. Leprosy was a catch-all term in biblical times. Leviticus 13 depicts signs of leprosy as swellings, eruptions, boils or burns. Some thought leprosy to be punishment for gossip or slander. Leprosy is referenced throughout the Bible. Even a house could be considered leprous, in which case it would require ritual purification.

We can’t be sure precisely what illness these ten people were suffering from. But can be assured they WERE suffering—physically from their ailment, and socially and emotionally. The stigma of leprosy meant that they were ostracized from their community, couldn’t see family and friends, couldn’t even enter a town.

In their common suffering, these ten had formed a community. We form similar communities around our common suffering today, don’t we? Twelve-step programs for addiction, cancer support groups, grief groups and group therapy. Ecclesiastes 4 reads,

Two are better than one,
because they have a good return for their labor:
If either of them falls down,
one can help the other up.
But pity anyone who falls
and has no one to help them up.
Also, if two lie down together, they will keep warm.
But how can one keep warm alone?
Though one may be overpowered,
two can defend themselves.
A cord of three strands is not quickly broken.

We find comfort and strength from others. This community of ten lepers decided they wanted to reach out to Jesus. We only know of ten. Maybe the original group was much larger, twenty or thirty, and only ten agreed make the effort. These ten had hope—or maybe just enough strength—to ask around the region where Jesus had been, where he might turn up next.

If you’re ill, this takes effort. When you’re really sick, just bathing takes an effort, right? Imagine gathering everyone together, coming to a decision that this wandering preacher, Jesus, just might be able to help them. Imagine, while really sick, making the inquiries, finding out what town Jesus will be in. And if you’re shunned from towns, whom do you ask? Who will answer? Most people would have turned away from them in fear.

Finally, the ten lepers find Jesus entering a village and call from afar off, “Have mercy on us!” Jesus doesn’t heal them himself but tells them, “Go, show yourselves to the priests.” This exemplifies Jesus’ claim he did not come to destroy the law but to fulfill it. Leviticus chapter 14 already contained directions for healing from leprosy. By their visiting the priests and their healing, the ten bear witness to Jesus’ authority in sending them there.

All ten experience a miraculous physical healing. They likely made the decision to show up together, so there must have been discussion about going back to thank Jesus. I can imagine the one saying, “I really think we should go back and thank the rabbi….” The other nine aren’t persuaded, and will down in history as being astonishingly ungrateful.

The ancient Christian theologian Athanasius wrote, “[the other 9] thought more highly of their cure from leprosy than of him who had healed them.” To paraphrase, they loved being cured more than they loved Jesus. That’s a little harsh, isn’t it? Let him who has never forgotten to send Grandma a thank you note cast the first stone. It’s not that we don’t love grandma…it’s just that we were so excited about the Christmas present she sent we got distracted.

But think about it. The lepers all have been shunned from community life since the first sign of their illness. For as long as they’ve been sick, haven’t been in their homes, they haven’t hugged their mothers or kissed their wives or picked up their children.

So, the grateful one has no luck persuading the others. He alone turns back, scripture says, praising God with a loud voice. He’s convicted, and by his loud voice he is witnessing his belief in Jesus. He finds Jesus, falls at his feet and thanks him.

“Your faith has made you well,” Jesus tells him. Jesus uses the Greek verb “sozo”, saved. “Your faith has made you well and saved you.” And here the story moves from physical healing to spiritual healing. Ancient Jewish teaching declares that in the time of the messiah, “all sacrifices and prayers will be abolished, except prayers of [thanksgiving]” So the healed man’s prayer of thanksgiving is an act of faith, an expression of his belief that Jesus is the messiah.

The one who returns to give thanks is already engaged in the spiritual practice of gratitude. Expressing thanks acknowledges and praises God. Gratitude makes up a robust portion of the scriptures: eighteen of the psalms are prayers of thanksgiving.

Psalm 100 reads, “Enter into His gates with thanksgiving, And into His courts with praise. Be thankful to Him, and bless His name,” Psalm 107 begins, “Give thanks to the Lord, for he is good; his love endures forever.” In his letter to the Thessalonians, Paul tells us to give thanks in all circumstances, for this is God’s will for us.

How do we give thanks in all circumstances? The world is wounded. We are part of our fallen world and it’s hard to get through life without picking up hurt. In Arizona, where I’m from, there’s a cactus called the jumping cholla. If you just barely brush past a jumping cholla, sharp, prickly pom poms of needles come off and stick themselves into your clothes and your skin. If you try to brush them off, they cling to your hands.

Life is like this; we pick up hurts as we go along. Some of us have emotional wounds from childhood, or pain from adult relationships that didn’t work out. We live with chronic illness, mental illness or addiction, or our bodies wear out and ache in new places every decade. I’ve lived with depression since childhood and sometime in my early 20s I learned about gratitude lists as a means of coping.

When things are hard, when we’re suffering physically or emotionally, the suggestion to write a gratitude list can sound trite. Someone telling us to be grateful can feel shaming. However, gratitude which springs from our own hearts can be healing. But, practicing gratitude when life is difficult is very hard. It can feel like climbing a steep mountain.

I can remember times of depression when I’ve strained to scratch out a few things I was grateful for, and writing down, “air conditioning.” (Again, I’m from Arizona.) Then nothing. And then, grudgingly, “this soft blanket.” And then nothing. A long pause later, “the color blue.”

Have you ever noticed how you feel a little bit better after giving thanks? Scientific studies have shown that expressing gratitude actually changes the activity in our brains. Expressing gratitude can improve well-being in those suffering from chronic pain, depression, anxiety or the challenges of aging.

Theologian Juergen Moltmann writes, “Jesus’ healings are not supernatural miracles in a natural world. They are the only truly ‘natural’ things in a world that is unnatural, demonized and wounded.” We live in a wounded world, but giving thanks connects us with our Creator. We are physiologically created by our Good God to have access to healing through expressing gratitude.

When we thank our Creator we start the process of healing. Think of that. God created us to experience wellness when we remember Him.